In my last year of my Masters degree we were required to read Rancière. He undermined the possibility of understanding art when he said of revolution, (rather I should say Rancière having given up all hope of revolution)  that  Marxists think  a revolution or (equality) is always just over the horizon. In this he has obviously accommodated capitalism, and holds no hope for change. This is an endorsement of a system which destroys the environment and kills the human spirit daily with its ever-searching quest for profit.

Rosa Luxemburg, a real honourable Marxist, brought to the fore the question of ‘agency’, that the future is made by the actions of men and women today…many outcomes are possible, another world is possible, but another world also could be drowned in blood. Taking control of the systems that keep the majority silenced, powerless and without control is the most important scientific question of our age, a socialist question, unanswered. Lenin’s  suggestion and work towards organising the most conscious of workers and workers supports into an organisation for change ideas and theory, still stands as the most important issue for our day. Failed revolutions lead to rivers of blood, (Egypt) and the Groszs and Ranciers, in my opinion, turn our eyes away. Revolution is cultural, ideological, physical and mental. It means taking over systems and throwing out, by force if necessary, that  tiny minority, those 80 people who have more wealth than the poorest 3.4 billion, and smashing the systems and people that keep them in power and on their gravy trains.  On the side of coal mining, oil pollution, global warming, poverty is the present governments and the oppositions an a drunken dance of  obscuration.  But capitalism is insane, a mad system that puts profit before the majority of people and human/animal/planet need.

Given that we do not live in a system of fair distribution, and the excess of the few is hidden  ideologically, by the university theorists who serve the minority who fund the system and its cruelty, then funds for art, welfare, hospitals and education, gone. There is much money for war and even torturing refugees….Yes, there may be little class struggle, and unions have a low membership rate, not surprising given the cosy partnership between union bureaucrats and bosses,  but as the South African history writer Charles Von Onselen once put it, when class struggle is suppressed before it bursts out again, it is seen in the nooks and crannies of everyday working life. 1

Nor is Rancière’s  right wing argument new. Ever since Neoliberalism and capitalism loves to wave  ‘farewell to the working class’ only to see it arise again.  Marx’s understanding that a class is either ‘for’ itself or ‘in’ itself is handy here. A class “in”itself  exists without any consciosness of itself. It is a compliant defeated class de-unionised, quiet, obedient, the way the ruling class wants it. (That is why torture , prisons and the rule-of-law are so important for them to try to eep this state going) And so are the neoliberal Ranciers who posit the idea of a universal obedient class. A class that begins to learn its strength, begins to dance its way to strength, culturally, poetically artistically and intellectually, it sees itself as connected united and strong, across gender, race, culture and any other divide the rulers so love to exacerbate. It becomes a class for itself. The short lived days of class awakening in South Africa, after ’76 breathed oxygen into my veins. I was thirsty for knowledge and the ideas from the Russian revolution 100years ago still come to us today through the books writing and living revolutionaries.

Solidarity, is the war cry of the working class. To each according to their need from each according to their ability. Support is always given willingly to other struggles locally and globally, fly a picket, and borders are nothing but lines drawn in the sand.  A class “for” itself is a revolutionary class. I would like to do PhD looking at how art flourishes in times of revolutionary confidence.

A socialist revolution began,  it was destroyed by Stalin and the defeats in Germany and elsewhere, and we are coming closer and closer to the ticking clock of climate destruction, and it is necessary, imperative that we have a full blooded, wholesome, revitalising life giving planet saving revolution now.

“The artist who has understood the truth about the class character of art must explain: in the interests of what class does he create his art? He is obliged to throw overboard all the insignificant theories about how art is above politics, how it exists for itself and is sufficient unto itself, how the artist is the “son of the heavens,” a celestial being, and so forth. If he is additionally convinced that his feelings and thoughts are on the side of the proletariat, then he must ask the question: how can he best “remove the veils” from surrounding reality in the interests of that class? This is by no means an idle question, especially in our era of the most strained class wars and battles. Elucidation of the truth about the class character of art would help many of today’s Soviet writers find their way in our modern literary world and avoid the errors, oftentimes very crude ones at that, which they are making.”

Richter’s Atlas Micromega runs into hundreds of sheets, of faces, snapshots, mountains, cities, paintings, candles, nudes, landscapes: in short all the material that fed his large scale pieces. But the Atlas Micromega exists also for its own sake: as a testament to what the artist saw, and what he collected, and how he sequenced them. I see a through-line here, from Warburg to Benjamin to Richter and, finally, to Baltimore artist Dina Kelberman, who makes a long sequence of images and short films she has found on Google and on YouTube.

END_OF_DOCUMENT_TOKEN_TO_BE_REPLACED

“The Wind Rises shines light on the indelible problematics of segregating politics from aesthetics – which is the prime modus operandi of modern and contemporary art which, impelled to construct something of ‘beauty’, consequently feels it is ‘informed’ and ‘compelled to inform’ us about the world into which those constructs of beauty are directed.” 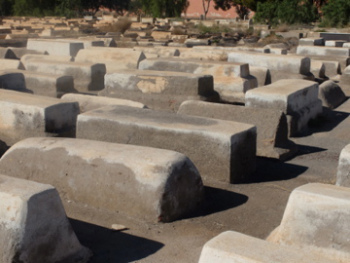 The Philosophical Disenfrachisement of Art is an articulation of the question whether art is “in itself” or an interpretation of something else.

A 1982 reflection on previous writing, he here tries to take his questions further.. He begins with the question of relativity vs relatavism an important question in the philosophy of science, and for Marxists who want to change the world.

Chris Harman argues.about another writer he did “not taking seriously enough Marx’s comment in his Theses on Feuerbach ‘that man must prove the truth, i.e. the reality and power, the this-worldliness of his thinking in practice. The dispute over the reality and non-reality of thinking which isolates itself from practice is a purely scholastic question’. It is this approach which is encapsulated in Gramsci’s description of Marxism as ‘the philosophy of practice’.

Knowledge and moral systems both arise out of human activity – and that activity has been socially organised ever since our ancestors descended from the trees (indeed, even before that, studies of our closest primate cousins suggest). Through 99.99 percent of history humans’ interaction with each other and the world has been limited and so too necessarily has been their understanding of the world. In hunter-gatherer or peasant societies it is restricted to a very narrow geographic compass, with little knowledge of what is happening beyond the immediate region. So certainties about what is involved in the everyday tasks of making a livelihood are fitted into mythical accounts of the wider world.” ISJ

Danto criticizes Schopenhauer as proposing art as being a window to reality. “It is seen through but it is not itself seen” He then later goes on to talk about how the ready made dealt with this (and in Ray’s article he denies that the readymades are at all similar to the pop art of Warhol.

Danto seems to condemn the prescript for good art was “the more transparent the better”. If art is transparent then a better reality is known. He is critical about this proposal. It is a important one. Goya’s Third of May, 1808 an important avenue to understanding man’s inhumanity to man. It is not merely about transparency of objects, but Danto misses the transparency of situations and times, so intricately linked in good artists.

Is it necessary to academicise language and talk like this “”The self-diaphanizing artwork is a mimetic theory”((diaphanization(biology) A technique in which a biological specimen is treated to make the skin and tissue transparent whilst retaining body shape and staining the skeleton))Art must be an eye or ear to the object represented. …actors who performance is more important than the play). Art here Danto says aims at a form of nothingness.
One solution has been to force undeniablyreal objects to become art. Perfect embodiment leaves arty as weightless as ever. Therefore he does not see Duchamp as having saved art.

Deals with the concept of beauty.Kant says no answer to what is art can be correct.

He seems to end with a situationist solution.

“Among these attempts to generate a definition of the essence of art, one of the most influential writers was Arthur Danto, who said that the historical development of the concept of art needs to be taken into consideration if we are to define it at all. He believed that art’s essence has been revealed progressively, culminating in the twentieth century. I was skeptical of finding the essence of (fine) art as such. From my perspective, art does not have an ahistorical essence but is a multivalent term referring to a set of ideas and practices that function differently in society throughout time. Thus, The Invention of Art was an attempt to construct a sort of genealogy of art and to flesh out what it means when we consider art as an historically developing concept.” Chris Mansaur